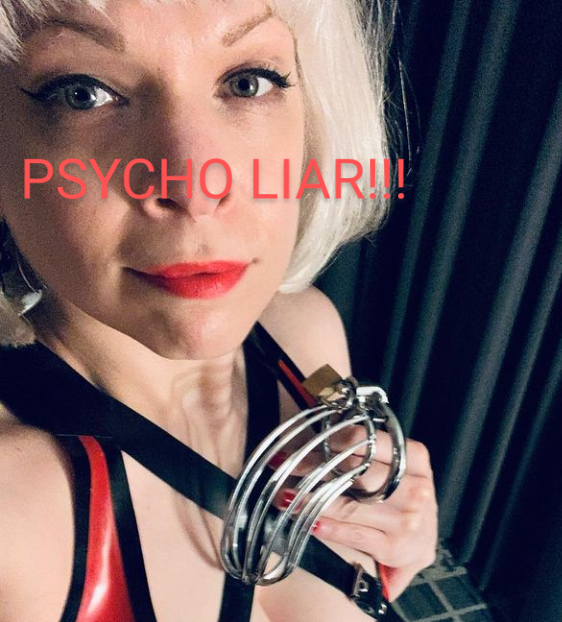 I'm Mindy. A Witness & Victim to Darren Ambler VS. Aman and Giunta 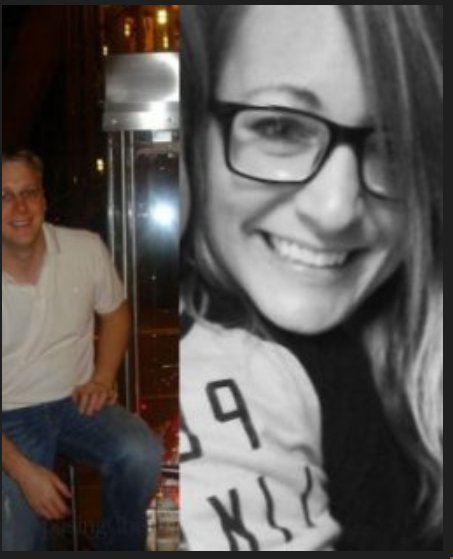 Pic of me & Darren ambler who I haven't met.

Darren Ambler tells his side.

My name is Mindy Murray & Im a former ( retired ) Dominatrix and I am also a victim of Giunta & Aman and I can confirm that what Mr. Ambler here is saying is true. He asked me to speak out on behalf of us. Mr. Ambler tracked me & some friends down about a year ago to find out who was screwing with all of us. If you Google search my name with Mr Ambler you can clearly see for yourself that Lauren Giunta & Stephanie Aman also slandered me online too along with my friends associating me with Mr. Ambler here who I have never met either. *None* of us have ever met this guy. Ever! We did not date. I did not have a kid with him (my kids are with my husband!) and neither did my friend Meg. He certainly never accused either of us of "stalking" him and vice versa. And he didn't "turn Me into a lesbian" or any of that BS. I'm married to a man, hello! Neither Meg or I have met this guy. I am living, breathing, walking proof that these malicious "providers" lie through their teeth and much much more. Neither me, or any of my present and former SW friends (Lexx /Meg), Bianca, robin, Kate, M etc) did anything they falsely wrongly accused us of doing. Mr Ambler put it best- they are malicious opportunists. They exploited a very tragic situation (two really!) to use as a way to attack and bully us---their competitor dommes. I was not just another Domme victim but I'm also a first hand witness to *everything* from the SW rapist stalkers Torres & Callahan to Giunta & her friends ( Aman & val kocher etc) wrongly blaming and attacking my friends & I. As if things weren't stressful & scary enough with what we were all going through with Torres & Callahan! I retired my business and moved in fear due to the terror & PTSD of those guys.And what these "dommes" added to it, and I wasn't the only one. Four other ladies in the biz a whole "house" I rented from ( their direct competition of course ) did the same. Yes, a *whole* House. it was calculated. It was like they knew damn well that the Mistresses who had kids would be easily bullied and terrified into "hanging up the whip" and retiring & hiding. Putting legal names and home Addie's of sex workers with small kids out online while there's rapists stalkers on the loose would do that, right? 😠 No coincidence here! And as for those men, dozens of women were badly sexually assaulted including a friend of one of my GFs. She was hospitalized for nearly 2 wks because of those men. Aside from them these women should be locked up in prison too for what they did to all of us! They not just slandered us but also very aggressively harassed all of our families, our businesses (dungeon and civvie) & clients & a lot more. They tried blaming us for web harassment done by Torres & Call and they *know* we were victims of theirs first! And yes, "doxxed" a bunch of us one of our GFs Katie lost her daughter over it by lying about Meg being her. They directed and assisted these rapists. Right when all this was going down I was visiting Philly and the brakes on my car were cut and I almost got into a fatal accident. The cops never found out who did it but I suspect Mistress Lauren Giunta or Mistress Isadora ( Stephanie aman. ) And now thanks to these girls Mr Ambler's ex employee crazy lady who has been harassing him is coming after me yet again! writing more lies about me, my little innocent daughter, my friends and my family! All cause of a man I've never met! And what these women decided to do all of us! *All* of us. I am so, sooooo sick and tired of seeing my friends &myself being lied about, slandered and attacked by these jealous insane "providers". They are opportunistic, mentally unstable liars and neither me or any of my friends deserve what they did to us! Neither does poor Mr Ambler deserve being used and abused like this either especially after all he's been through. Please read Mr. Ambler's blog if you haven't. His version is truly the best way to explain what went down and as a fellow victim in it all I can fully corroborate his story and I 100% confirm it's legit.

And I can also vouch for what he says about evidence on Stephanie Aman. This was her idea to grab his name and his deal and do this to all of us. I saw the emails myself they are right from her Isadora email account and are undeniable! At some point in the very near future (when my hubs can take the kids out for a while night lol) I'm gonna do like a part 2 and get into the parts Giunta played and how she is such a guilty POS. I'm going to dissect her betrayal, lies and her denial and point out the facts that prove where she's culpable. It's so really disgusting.

Karma can't come quick enough for these women. It will.

Ok I found it!. Here is the bullshit slander these women put up about me & Mr. Ambler https://www.sheshomewrecker.com/nat…

*None* of this happened. I've never met Mr. Ambler and I also confirm that neither have my friends Meg , Kate or Bianca, Beth, etc. None of us in our friend group have met this man, and these women know this! This is what they do. Lie, slander, blame , harass, manipulate and lie some more. Blame their actions and those of others on innocent people because all they can do is hate. There was even more bullshit they put up about me too, but it was quickly taken down by the sites since it regarded my old Dungeon which is obviously Adult 18+ and had pictures of my young daughter. Yeah putting my kids face up on crap like that with my *legal name* and former dungeon addy and my *home" address! And I have a young daughter. All while there were known violent SWer serial rapists loose. And they did this to other mistresses. These women are sick! Truly deranged and sick.

More slander of me & mr ambler put up by Giunta &

Mindy wow. Like most who like lookin at trainwrecks I browse this site but not really say nothin but your thing caught my eye had to say something. as a mother I'm speechless n heartbroken. Seeing not all u been thru but your friend that poor sweet soul loose her daughter?!?! My condolences to you your family n friends and especially that poor woman an dear baby girl. My condolences and prayers to you. I will include you and them in my prayers tonight.👼 🙏 take care and God Bless

Hi Jenny. Thank you for your support and kind words! It took a lot for me to speak out. It's like reliving all of the trauma all over again. When Mr. Ambler reached out to me to discuss this last last year I didn't want to talk to him at all. I didn't want to dig it all up! I dodged him for a bit until one of my GFs told me to respond and I'm glad I did but it was rough at first. It took a lot of healing but as you can tell we are still feeling after effects to this day. Ty for your prayers! I totally I wish our prayers had helped! My friend Katie and I prayed a lot. During the stalking from those men and of course when she was going to lose her daughter. It is beyond tragic. Especially since her ex did it only to be vindictive and to spite her! And he's very emotionally abusive and we are so worried for that little girl. She just did part time sex work to help pay off her nursing school debt & help as a struggling single mother. ......

She used pix that weren't her to try and hide from her ex finding out for this exact reason. And now he's trying to use " Inara Serra" as a reason to get her US citizenship revoked so she'll have to go back to the UK and will never see her daughter again. It just gets worse ! It's 💔. What these women did was horrendous and I can't wait til karma kicks in for them.Unfortunately the Industry is filled with evil opportunists and crazies. And it's a giant jealous filled cat box & can really suck for those of us who are the much better looking and more successful ones. And that's exactly what it was my friend had : the place with the best looking women in philly. My friends & I lost count of how many knives we have had to pull out of our backs! I've seen a lot in my 10 years but never would've thought I'd see that much betrayal and lies to the point someone would lose their child.These women *will* be held accountable.Like Mr Ambler has pointed out what they so is illegal in PA. And, Ka

thank you so much for speaking out with your side of it Mindy. I know this was tough for you. I appreciate it.

Omg! Darren Ambler flipped his warped lid! Darren better stop using real names and quoting things the person NEVER Said. He already got in trouble for his past Internet activities. We wouldn't want that to happen all over again. This alleged comment by former lover Mindy Murray was really written by psycho--brain damaged--Herpes infected Darren Ambler. He must be really desperate now! No matter what dog face writes-the fact remains that DARREN AMBLER of CHERRY HILL NJ is a LYING--SPACED OUT DRUGGIE SOCIOPATH--ADDICTED TO PROSTITUTION--DIRTY SEX--CONTROLLED DRUGS WHICH HE GOT THROUGH HIS DRUG CONNECTIONS--HEAR THAT ALL YOU GUYS THAT WORK AS AGENTS AT THE DEA. Darren thinks he is getting away with DRUG PUSHING and VIOLATING SEX TRAFFICKING AND PROSTITUTION LAWS. NO NO! He will answer for his wrongs just like any Sociopath LIAR. Screwing 288 women, Spending 59k on Sleezy sex services, Stealing and distributing drugs, Infecting helpless women with STD'S. IMPREGNATING 3 WOMEN 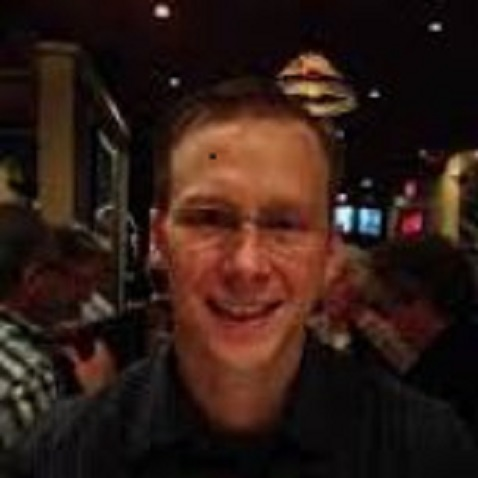