Did Maanit Zemel of Zemel van Kempen LLC in Toronto Lie to Google? 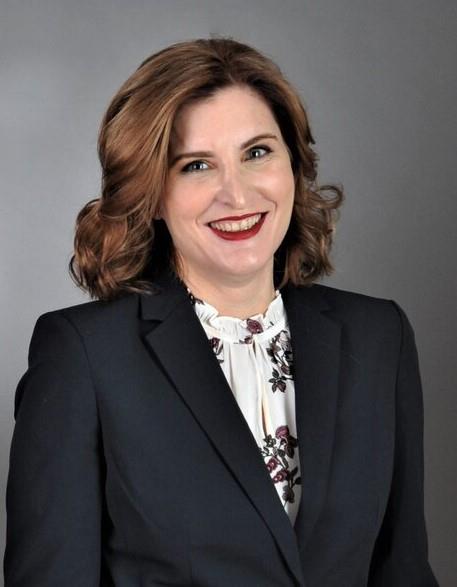 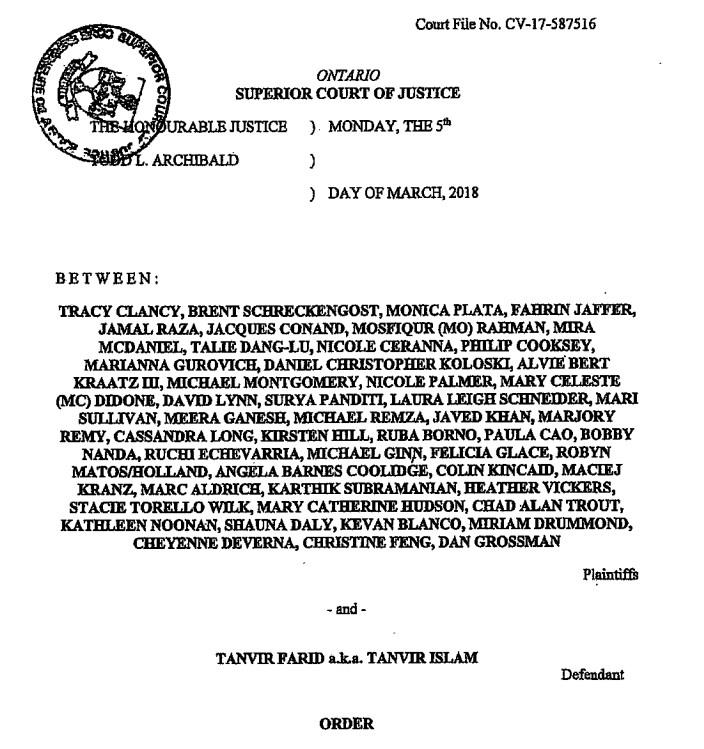 Order Against Tanvir Farid NOT Our Site 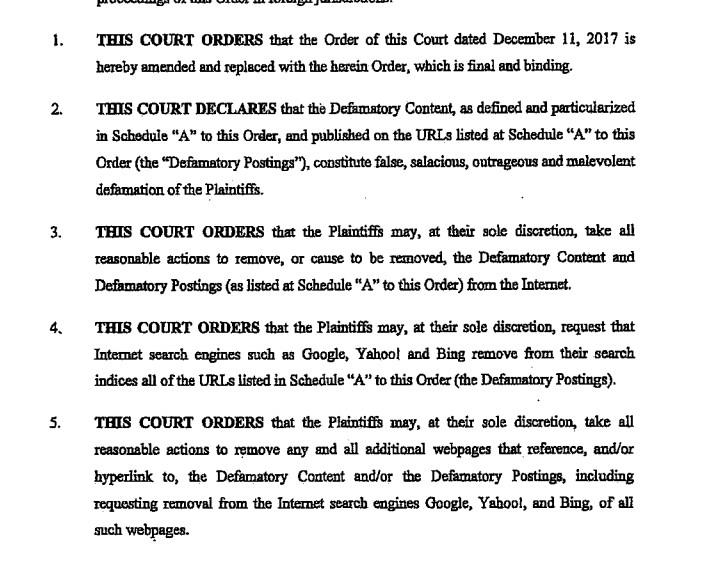 Order Silent as to Granting Requests

A check of the Lumen Database for our old domain name revealed that someone using the name Maanit Zemel of Zemel van Kempen LLC in Toronto, Ontario sent multiple removal requests to Google last year which falsely claimed that we were the defendant in a 2018 lawsuit. Usually when people file such complaints they don't have court orders, but when they do all they typically say to Google is that they have a court order. They don't go further and falsely claim that somehow content aggregated by our site using an automated process is somehow "an attempt by the defendant to get around Google's removals and the Order."

The order is from a 2018 case in Ontario against someone named Tanvir Farid a.k.a. Tanvir Islam. We are not in a position to judge the veracity of the accusations against Mr. Farid. We can say however that our website was not built until 2021, so it is not possible for it to have been a defendant in that case or any case pre-dating June of 2021. We concede that content contained in the exhibits of the PDF was likely aggregated by our bot from elsewhere on the internet, but we can't say for sure because there is nothing on the site about her anymore as far as we can tell. It was probably something that was removed in bulk recently after most of our links to a site went dead. None of that makes us Tanvir Farid, Tanvir Islam, or anyone else the alleged author allegedly claims to be.

We think Ms. Zemel might be playing dumb here to increase the likelihood of Google approving her request, but we admit that this could be an honest mistake. She would likely say that she honestly thought it was Mr. Farid and didn't realize that our site was actually an automated aggregator. However, all she needed to do to figure that out was click the link next to "Source:" on the page. An attorney should be expected to figure out whether they're dealing with original material or a self proclaimed aggregator with source attribution links before accusing the aggregator of being the defendant. Especially if the lawyer promotes herself as a specialist in cyber law with a domain name like CanadaTechLaw.com. Still, she could have just been in a hurry. Another possibility is that maybe she just describes things the way she thinks most users would unless someone says otherwise. We are not really sure, but either way we do not like being formally accused of being this Farid guy and from what Ms. Zemel says about him we doubt she would like it if someone accused her of being him either.

Finally, we do not see anything in the order that required Google or anyone else to remove anything created by Farid other than possibly Farid himself. The closest we noticed reads, "THIS COURT ORDERS that the Plaintiffs may, at their sole discretion, request that Internet search engines such as Google, Yahoo!, and Bing remove from their search indices all of the URLs listed in Schedule "A" of this Order." That sentence does not require Google to do anything at all. It simply says that Plaintiffs "may" request that Google remove links to the URLs. It does not say that Google or anyone else must do anything. It reads like simply a judicial endorsement of things they were free to do already. Schedule A itself does not contain any URLs belonging to any website we have ever been involved with.

We also noticed that Google didn't email us a notice of court ordered removal like they should have.