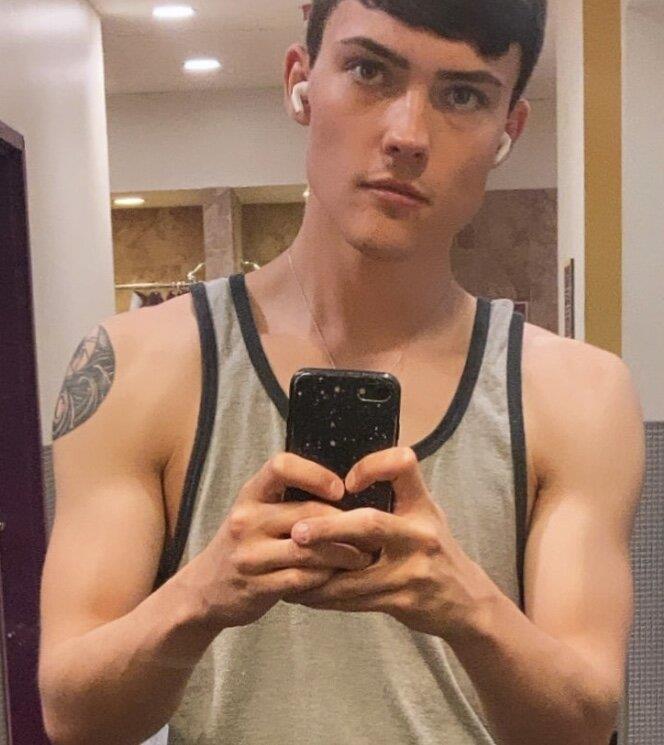 Beware of this man

Yeah…. Talk about a creep

Alright. So for starters, this man is River Gibbs. He’s almost 24 years old and he lives in San Bernardino. I’m writing this on behalf of his ex, who couldn’t do it themselves. River’s husband filed for divorce because this man is a straight up pedophilic, cheating, STD spreading home wrecker. River has been grooming many children online for years and has progressed to straight up asking teenage boys for hookups. He flirts with underage children and talks to them in very inappropriate ways, and even threatens his victims. One of his victims allegedly wound up in a mental hospital because he nearly drove them to suicide by threatening to flip the whole situation on the kid. He also has been known to make remarks about age being “just a number,” and asking for nude photos. Keep in mind his victims are anywhere from 13-15 years old. That is vile and disgusting. There are screenshots to prove it. He also cheated on his husband with many men throughout the San Bernardino, Palm Springs, and Banning areas. As of May 2022, one of his partners says River gave him HPV and HIV. There’s multiple STD monitoring websites with River’s pictures and name all over them. That’s not it. Aside from ruining multiple lives and stealing children’s innocence, he posts nudes and twerking videos to Instagram on a public account where kids can see it, and even wrote an entire Wikipedia page on his own self for being an “Internet personality” or something of that sort. Meanwhile barely anyone knows who he is. He is not someone to be idolized or given a platform, let alone any positive media attention whatsoever. He might’ve had some internet popularity a few years back, but his time in the spotlight is totally over, and sadly he doesn’t see it that way. This guy craves attention. He also makes it look like he lives some perfectly normal, healthy lifestyle, meanwhile he smokes a pound of pot every day and pops acid and mushrooms like candy. Overall, this guy is not a good person and many people are beginning to hate his guts. And rightfully so. My final statement is BEWARE. If you see his social medias, block him.

Well he is a Michael Jackson impersonator, isn’t he? What do you expect? MJ liked the kids too.

I don’t know what it is about some of these YouTubers and other viral posters, but when they get a little bit of attention from strangers, they think they are full-on Hollywood celebrities. Another video-making guy “who went after minors” was Bryan Silva. He claims to be straight, but was in gay porn, under the name, “Max Payne”. Bryan Silva became a Vine celebrity, years ago. He got busted by the cops for holding his 17 year old girlfriend hostage at his house. He also texted even younger minors, just like this creep did. Silva once harassed this 14 year old girl, asking her to show him her butthole. These guys are child molesting pigs and they need to be exposed.