NBA Players are the 99 Percent 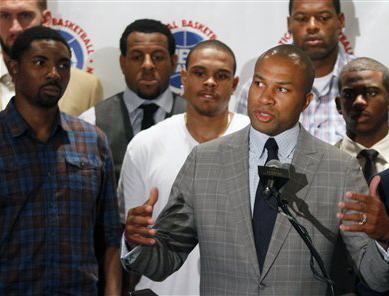 We Are The 99 Percent

NBA players continue to prove that like most of their fans they are part of the 99 percent of people in America who are unemployed or underpaid by their bosses. Mad as hell and not willing to take it anymore the players went out on strike to demand a bigger piece of the pie from NBA owners who owe all they have to the hard work of the players that slave away for long hours just to make putting a ball through a hoop entertaining.

Shame on fat cat NBA owners who are unwilling to pay their workers fair wages. If it were not for the players nobody would tune in to watch a game and they have every right to the fruits of their labor.

Power to the Players.