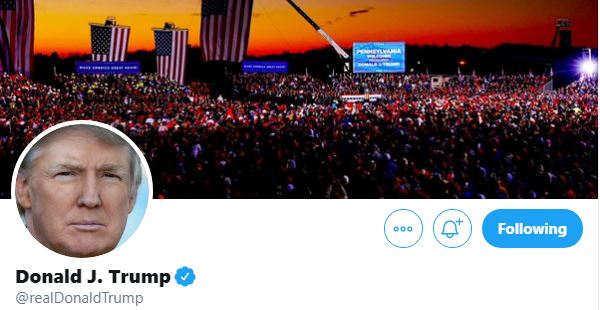 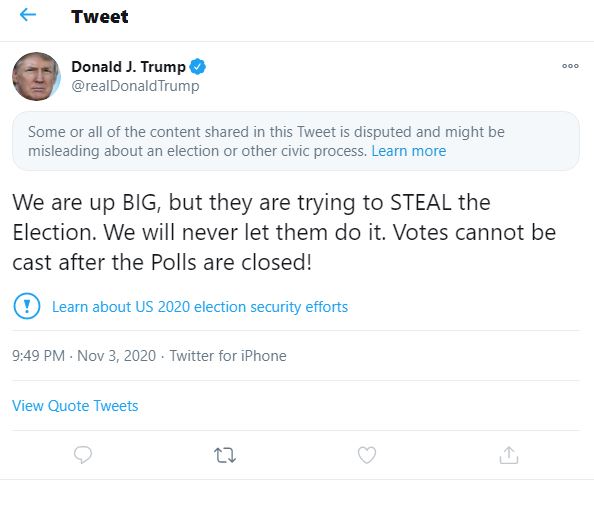 Twitter censored this Tweet by Donald Trump for containing false information about an election. At the time of the tweet Joe Biden was leading according to every single mainstream media outlet. President Trump's tweet read as follows:

"We are up BIG but they are trying to STEAL the Election. We will never let them do it. Votes cannot be cast after the Polls are closed!" - @realDonaldTrump