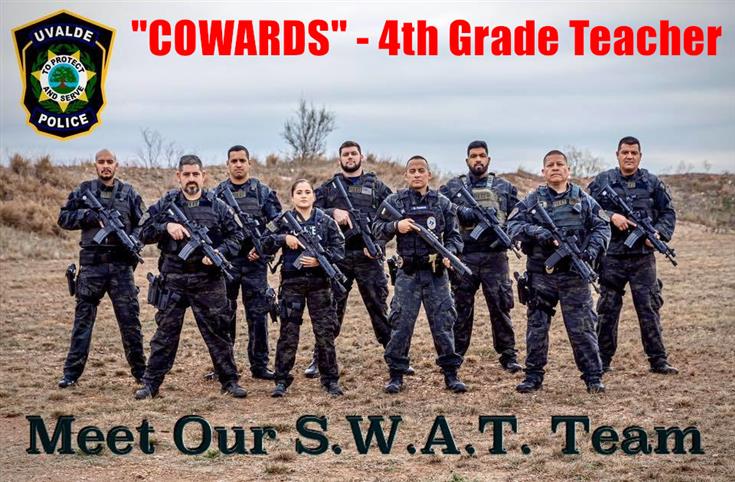 CopBlaster.com is looking for volunteer researchers to comb through a list of just over 200 names from the 2020 city of Uvalde payroll. We believe that some of the coward cops described below are on the list, but we are not willing to post the list because most of the names are not associated with the UPD. If you are willing to figure out which names on that list are UPD personnel, or better yet, which followed the chief's order not to enter Robb Elementary, that would be great.

We believe that these officers deserve to be publicly criticized by name.

Always nice being able to rate your own post. 5 stars of course.

The UPD situation is a nightmare. Exposing these cowards is the right thing to do.