How Not to File a DMCA Complaint feat. Justin Stanley 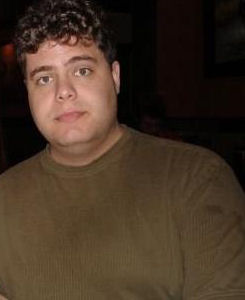 I recently looked up my domain name at the Chilling Effects Clearinghouse and found out that Justin Stanley of Athens, Georgia filed a Digital Millennium Copyright Act (DMCA) complaint with Google over a report on my website created by an anonymous author accusing him of having various sexually transmitted diseases (STDs). I don't know Justin or the author of the report, so I don't want to dwell on the textual content of the page the complaint was about because I really don't know if he has STDs or not and his STD status is not the point of this article. The point of this article is to show people how not to file a DMCA complaint with Google using his complaint as an example.

When filing a DMCA complaint with Google do not submit the complaint without including an accusation of copyright infringement beyond the general terms in the complaint form template. If you visit the URL (above) you'll see that the description part of his complaint was merely "a cropped image of me, used without my

permission on a libelous site." The problem with this beyond being extremely short is that even when an image of yourself is cropped and uploaded to a website (like the cropped copy of that image I'm uploading with this article) it does not infringe on the copyright of the person in the image unless the person in the image is the photographer. Its obvious from the photo that Justin Stanley did not take this picture, so the primary copyright holder is someone else.

A good example of a co-copyright holder would be myself in cases where TV news station have done stories about my work and I You Tubed the stories without permission from the stations with added commentary of my own. In my case I had every right to use the broadcasts because they featured either myself or my property and the stations had no infringement claim. The stations on the other hand had every right to use footage of me and my property however they pleased without my permission.

Because Mr. Stanley is only a co-copyright holder he has no valid claim of infringement against the author that created the report, Google, or myself for copying the work. Mr. Stanley also does not have a claim against the photographer due to the fact that simply taking a picture of someone even if done without their permission and publishing it does not constitute copyright infringement because if it did Britney Spears would have sued TMZ into bankruptcy for publishing her shaved head years ago. The photographer that took the photo might have an argument to back up an infringement claim, but at least in my case use of the photo is protected by the fair use exception for comment or criticism.

At first I was kind of upset when I learned that Google never notified me of the complaint as per their policy, but given the fact that he made no real copyright infringement accusation I can see why they ignored it and never removed the page from their index. I would almost praise Mr. Stanley for his effort, but judging by how short his complaint was I don't see any evidence of effort. In the future I recommend that people refrain from wasting their time with DMCA complaints unless they really do have a valid claim of infringement and the time to explain it at the very least.

In closing I want to re-iterate that I don't know Mr. Stanley at all and have no personal quarrels with the man. People have abused the website he is listed on and for all I know it could be a case of that. I just provide a service for people to publish stuff and nothing posted there is ever a substitute for really knowing a person.