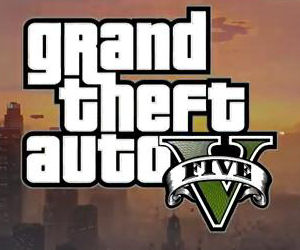 When Rockstar Games released the Grand Theft Auto V (GTA V) trailer with no release date in October I thought for sure it would be released sometime in 2012, but the other day I was at the mall talking to the guy at the game store and he said it might not be until spring of 2013 or fall of 2012 at the earliest. This would not have been too bad if I didn't watch the trailer, remember that GTA IV was a spring release, and think surely we would have plenty of time to get a CrapList.net style mirror up in time, but I never expected to have so much time to build it. Now I'm not sure what we will do. We might just build the Crap List mirror after finishing the adult section and promote it to GTA IV fans as a way to tide themselves over until the release of GTA V, maybe we will just wait and build it once we know when GTA V is coming out, or maybe we will just build it sometime this spring and hold off on announcing or promoting it until GTA V is released.

If you don't know what CrapList.Net is then you are not a GTA fan, but should find this funny anyway. CrapList.Net is a fictional website in Grand Theft Auto IV created as a parody of Craigslist.org as it existed in 2008, but with a brown color scheme like a skid mark at the ass end of the internet. When marketing No Limit List to Craigslist enthusiasts our drop down list selector was not well received as an alternative to the giant lists of stuff they are familiar with, so we decided to give them something easy for them to navigate without compromising the superior design of No Limit List itself.

The result is a stripped down non-profit alternative mirror displaying the content of No Limit List with a visual layout identical to that of Craigslist, but with a color scheme matching CrapList.Net exactly. We don't know for sure if CrapList.Net will be included in GTA V, but we do know that GTA V is set in modern day Los Santos, so the internet will most likely be an even larger part of the game than it was in GTA IV and CrapList.Net will almost certainly be there in the same format it was four years ago because if it changes anything it won't be a Craigslist parody anymore. Although to be truly accurate CrapList.Net will have to replace its erotic services section with a giant thing that says "censored" to announce that they are now a bunch of pussys, so maybe we should launch CrapList.Net early for GTA IV fans after building our adult section just in case the site is censored in GTA V or by some slim chance is left out of the game altogether.

We will revisit the Crap List issue after building the adult section, but until then you can check out our non-profit mirror home page at NoLimitList.org where you will never find a single banner ad. That is the good part, but the bad part is you won't find a rating system, streaming media, social media support, comment boards, or any more advanced features either because it would not be a true Crap List mirror otherwise. I know that video games are typically announced long before launch, but usually the developer gives a ballpark goal down to what month, what season of the year, or at least what year they plan on finishing the game.