How to Find Video URLs on MTV, VH1, and Comedy Central 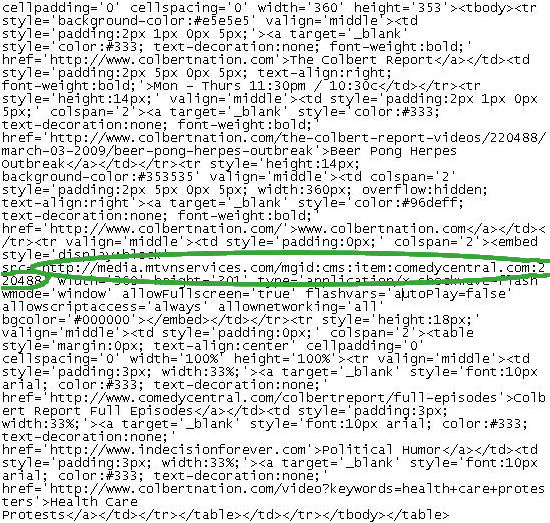 MTV, VH1, and Comedy Central videos are hard to embed. This is because you CAN NOT just copy and paste the URL from your browser into the video URL text box when creating or editing a post. Instead you must locate the source URL in the embed code that they provide, find it among large amounts of irrelevant code, copy it, and then past it into the video URL textbox.

This is best done by copying the code into notepad and finding the line of code that starts with "http://media.mtvnservices.com/" circled in the image on this page.