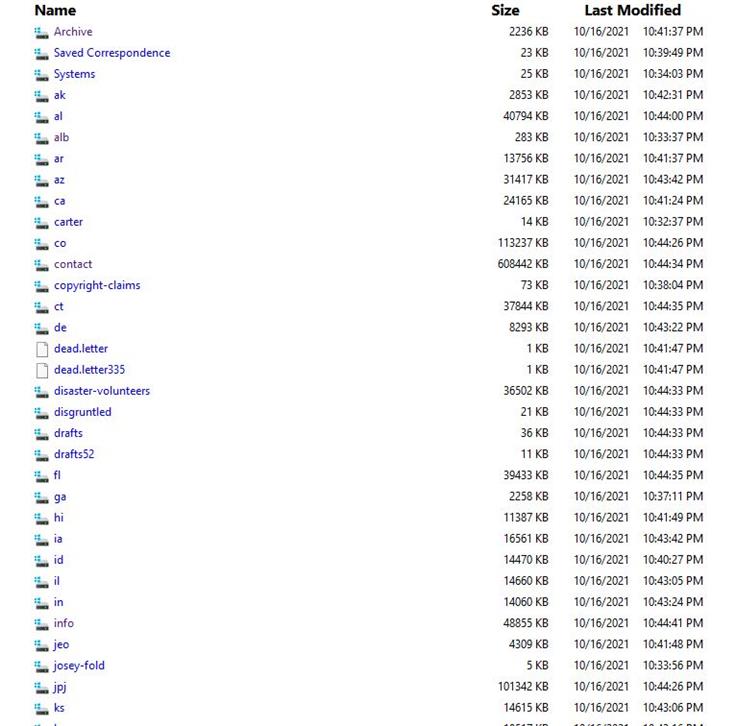 We noticed an article which claims that a data dump of Oath Keepers' data implicated dozens of Oregon law enforcement officers as members of the group. However, we downloaded that same data and have yet to find a single match for anyone with the same last name as the three in the OPB article we chose to look for. We had to limit our search to a small number of files however because the people responsible for the leak didn't organize the data at all. The data includes files with names like "or" and "wa" which we believe correspond to the states Oregon and Washington. We downloaded SeaMonkey software because it supposedly opens .SBD files well, but honestly we didn't find any search functionality in SeaMonkey that doesn't already exist in NotePad. On top of that SeaMonkey typically takes several minutes just to search one file and is not responsive during most of that time. Neither file we searched contain the names Webber, Farrell, or Codiga yet according to OPB they are all Oath Keepers.

We are not saying that OPB is lying, but we are frustrated that they have not done anything to help objective third parties verify their claims. It seems to us that they could back up their claims simply by posting a link to the data dump and describing which file or files in that dump contain the names. The dump itself is 5 GB in size and contains 100 different files. The hacking group Distributed Denial of Secrets (DDOS) has done little to help clear up this matter. If they are going to release data in such a disorganized manner they should at least tell people how to efficiently search the files. Preferably DDOS should insert all files into a database so that all users need to do to search it is type in a word. This data dump is a nightmare.

I don't think OPB is lying because DDOS said on their page (https://ddosecrets.com/wiki/Oath_Keepers) "While the emails and chat logs are being made available to the public, the remainder (a small minority of the files) is only being provided to journalists and researchers due to the presence of PII, financial information, passwords, decryption keys and other information which could be abused." From that it is entirely possible to suspect that the names are among the PII only given to journalist which is missing from the files you have.

Either that or you just have not found the files with their names in them, but its doubtful that OPB would like about something like that. 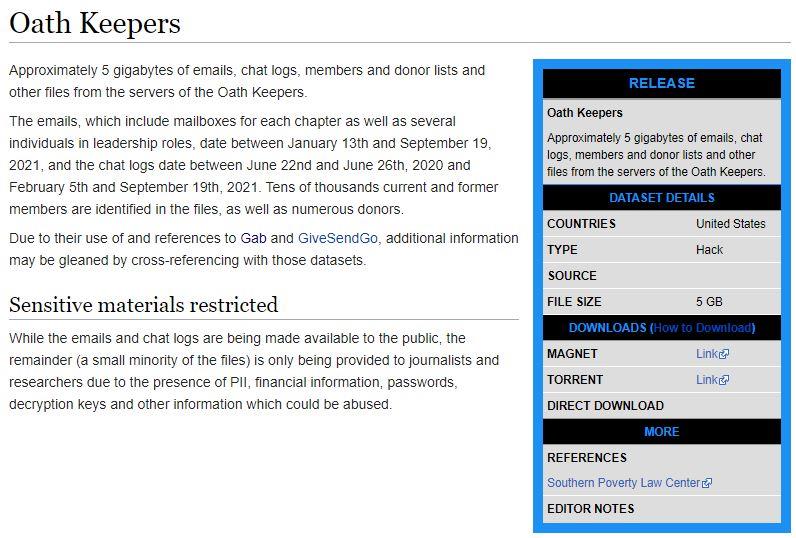