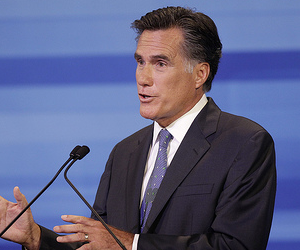 Mitt Romney proved that he knows what America does not need and that is more illegal aliens. Furthermore he stated correctly at the Fox News Republican Presidential Debate on 9/22/2011 that we need to stop giving in state tuition to illegal aliens. He used the University of Texas as an example proving that giving illegals in state tuition is bad for Americans because it makes the cost of earning a degree $100,000 cheaper for a foreign national who no right to be on campus than it would be for an American citizen from another state.