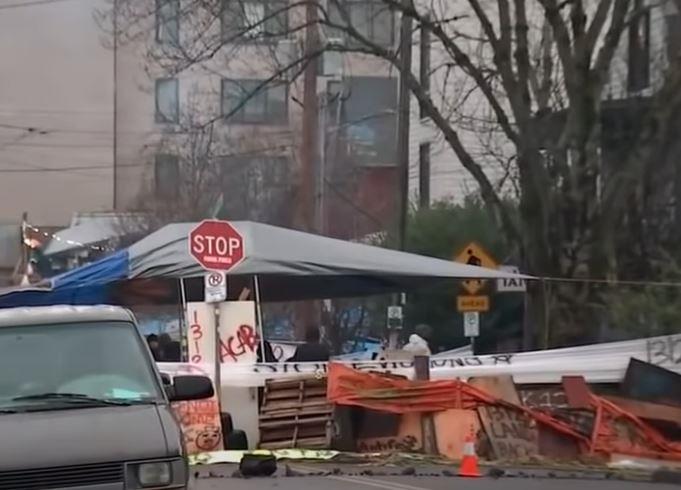 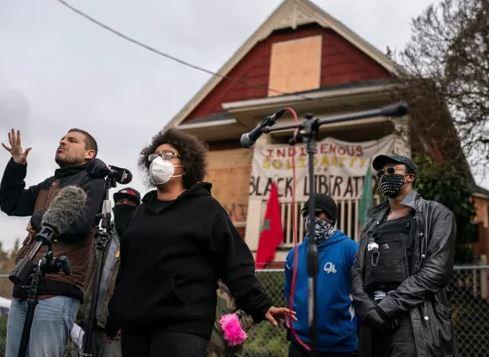 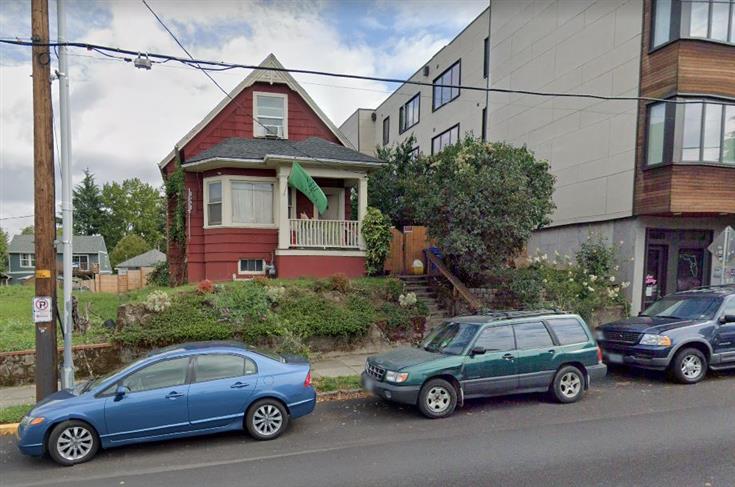 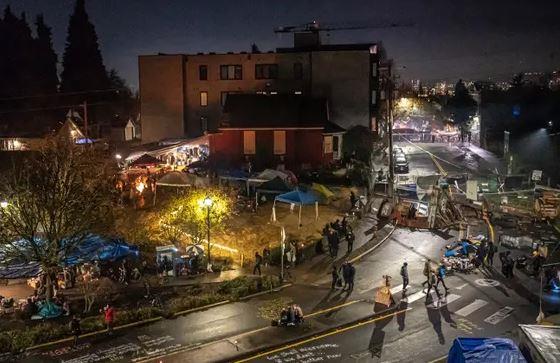 Black Lives Matter, Antifa, and communist activists have created an eviction free zone around this red house in Portland, Oregon to stop the eviction of a black and indigenous family. The eviction was authorized by a judge after the family used the house as collateral to obtain a loan in the 2000s and fell behind on the loan payments. Black Lives Matter activists are blaming systemic racism; Antifa activists blame gentrification for making historically black neighborhoods unaffordable for black families even though a lot of Antifa leaning liberals are to blame for the gentrification in the first place because they are the ones that moved to Portland in droves after watching Portlandia and when they got to Portland they decided to buy up homes in historically black neighborhoods, fix them up, and rent them out at high prices; Communist activists blame banks for failing to help their lenders make it through the pandemic without losing their homes. Their collective response has created an area surrounding the two bedroom one bath home where anyone can setup camp without paying rent.

The area is now rich in tents, road blocks, construction signs, street signs, TV cameras, marijuana, other drugs, and even weapons caches. It is not known if the new additions to the property are valuable enough to pay off the bank if seized and sold. If you don't mind the occasional tear gas, rubber bullets, and other "less than lethal" munitions fired by the Portland Police or the constant threat of arrest this humble abode is for you.

Anyone that wants to live there simply needs to show up preferably with their own tent, but if they don't have one they can probably find someone with room in theirs. They will of course be charged no rent.