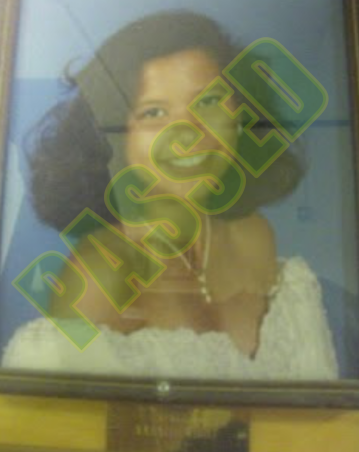 An Assistant United States Attorney (AUSA) appears to have passed her First Amendment Audit this pass week. AUSA Natalie Wight out of the Portland office of the United States Attorney's Office in the District of Oregon contacted my defense team regarding complaints that her office received about a NoLimitList.com prototype that is still an operational website in our network. According to my lawyers she first sounded like she might seek new conditions of release in my case that would be detrimental to that site, but later in the week they said she backed off.

Why did she back off? You would have to ask her that, but it was probably because she is familiar with the First Amendment, looked at the site as well as the complaints, and concluded that the First Amendment protects my right to own and operate the website in question. This represents a step in the right direction for AUSAs at the Portland U.S. Attorney's Office. In the past I have had three of her predecessors seek the court's permission to censor my online activities. First, former AUSA Sean Hoar falsely accused the website of being illegal. Second, former AUSA John Haub used some technicalities to get me banned from operating the website. Third, AUSA Greg Nyhus used his position to censor another website in the network that was being used to speak out against Hoar and Haub.

Finally it seems that somebody at that office has taken the time to read the constitution. The constitution protects people that operate online forums even if the feds get complaints accusing users of those forums of abuse. That does not necessarily preclude convicts from being restricted from running them on release, but the law does require a reasonably direct relationship between the offense and the website if the website is a source of employment or if the condition impacts a significant constitutional right such as freedom of speech. Since the case I am on supervision for involves throwing chips at a correctional officer the court lacks the authority to restrict my speech or employment options in that way.

I also want to add that even though I have not had Natalie on my case long, I have heard nothing but good things about her. She has done all I have expected of her so far. She even opposed a condition that the judge ordered.

Finally, after looking up her name online I noticed that she was Cleveland High School's 1992 Rose Festival Princess. I was impressed to see that someone from Cleveland has what it takes to work in a field that requires toughness from time to time because when I met guys from Cleveland on the football field every fall they displayed nothing but weakness. They were a joke. We even had shirts at Franklin that said "Friends Don't Let Friends Go to Cleveland." They were that bad.

No reason to ding her, like I said she has done all I have expected. People in the public always like to pressure people in positions like hers to find ways to screw with me and a lesser prosecutor may have decided to screw with me for that reason.

Maybe she has the kind of backbone that guys she grew up with did not have. Maybe if she had gone out for football we would not have beaten Cleveland quite so badly every year. We would still would have creamed them but perhaps she could have shaved a touchdown or two off our usual 30 plus point lead.