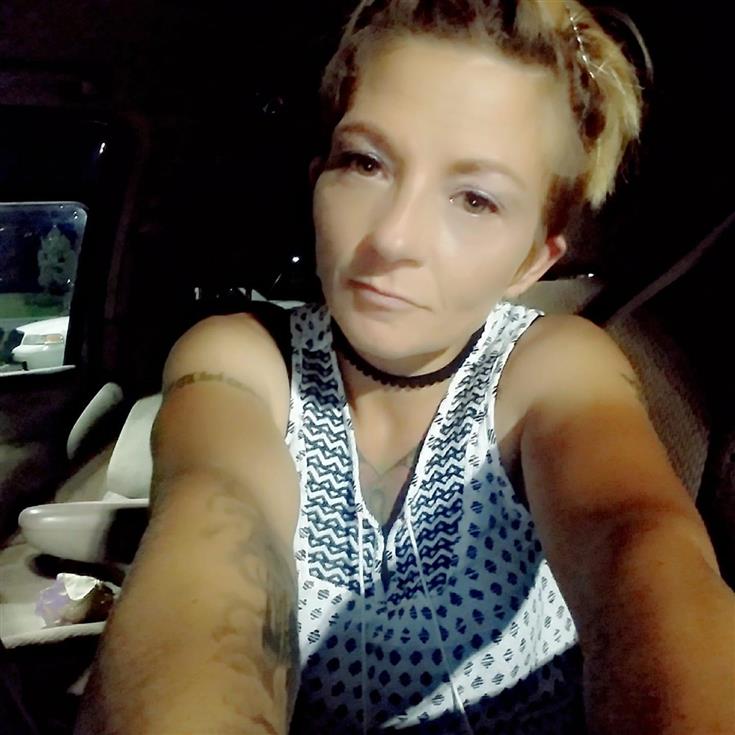 Ladies, keep your husbands away, because this scumbag does not care. Jolene Johnson will go after your man! This trailer trash pig has a brood of fuck trophies! All her kids have different fathers. Jolene has more babydaddies than friends. So, she doesn't mind taking your man and adding him to her baby-daddy collection.

Jolene Diane Johnson is a promiscuous troublemaker. This train wreck is a Facebook drama queen and a psychopath. It's true, because she has like 5-10 different Facebook accounts, that she abandons, after she has a flame war and argues with someone. This dumb broad is too stupid to deactivate her abandoned Facebook accounts.

Jolene brags about her drug and alcohol habits, out in the open, and then gets hostile when people confront her and get all up in her business. Jolene has been arrested more than once, so people already know her business. She must make her parents proud! Her mama done raised herself some ignorant ass, nasty girls!

Do not hire this Jolene scumbag, for she will steal from you. Jolene couldn't even keep a job at Subway without taking money from them. She got arrested for stealing money from a lousy Subway! What a lowlife loser!!!

Jolene can't drive, just like her goofy fucking sister who collided into a truck and killed herself, years ago. Jolene is just as bad, driving under the influence. When Jolene's sister was alive, they would fight all the time. Jolene got a PFA/restraining order after her sister, because Jolene got scared over the fact that her mouth was writing too many checks that her nasty ass couldn't cash.

Keep away from this one, fellas. This skank loves to get pregnant, just to take you to court, trying to get money out of you. Her parents end up raising her kids in their trailer, while she runs the roads, sleeping with other men, and buying more booze and drugs, with her child support money. Hopefully her insides have dried up by now, so she can't get knocked up anymore.

Jolene lives with her parents in New Providence, in their trailer. She says she lives in Quarryville. When she's not there, she's shacked up with some guy in Parkesburg. She's basically homeless, and living off other people. Jolene parties in Nottingham, Peach Bottom and Oxford. This worthless slug is all over Lancaster and Chester County, spreading her legs, doing drugs, and raising hell. Beware of this scumbag!